In the end, Burna Boy has done exceptionally well. It looks more likely that he would be back with another nod than not. 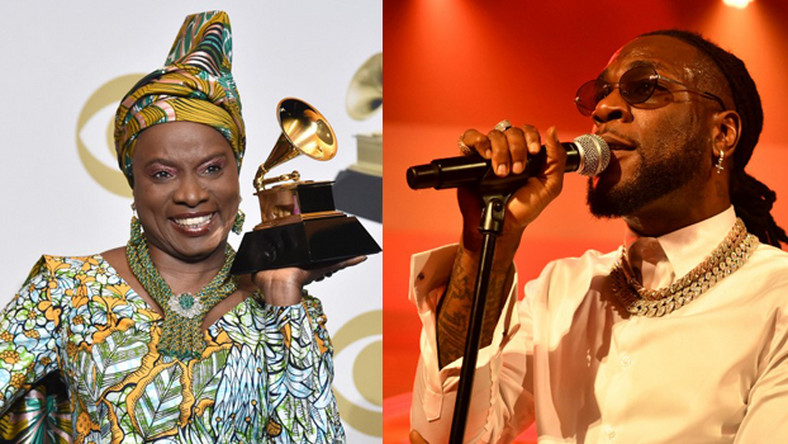 On Sunday, January 26, 2020, the 62nd Grammy Awards held at at Staples Center in Los Angeles. As the biggest celebration of music on the planet, ht attracted the biggest artists across the world. It was hosted by Grammy winning singer, Alicia Keys.

When nominations were announced on November 20, 2019, one thing stood out for Nigerians –Burna Boy‘s nomination. While it wasn’t a feat already witnessed by a few Nigerians like Femi Kuti, Seun Kuti, Sikiru Adepoju and Babatunde Olatunji, this nomination for Best World Music Album was different.

For Nigerians, it was a night of eager anticipation that almost morphed into a spiral. Nigerian superstar, Burna Boy was in contention for Best World Music Album via his album, African Giant. A lot of Nigerians had started congratulating Burna Boy two days prior like a nomination automatically means a win.

It wasn’t their fault. Nigeria doesn’t see its mainstream pop artists get Grammy nods everyday. Thus, it was subconscious excitement playing out as faux clairvoyance. The other albums in the category didn’t matter – in fact, most people didn’t bother to check those albums out. Conversely, the album was also a perfect zenith to the exciting ‘afrobeats to the world movement.’

Burna Boy is a darling of Nigerian pop music and the Nigerian mainstream. He’s one of the most popular Nigerian artists in modern terms. Thus in terms of notoriety and perception, his nomination shook the depths of African music and had Nigerians neck-deep in anticipation. A lot of us were deeply rooting for him to win – his win is our win.

If – and I pray it doesn't happen because it's unlikely, but if – Burna Boy doesn't win a #Grammy today, I can't wait for the typical bunch of nitwits on Twitter who never pressed play on the other four albums to say, 'Burna Boy was cheated because he's Nigerian.'

More so, his story of reinvention from a path of self-destruction is sentimental and valuable. Everybody loves a good underdog story. We couldn’t careless about Altin Gün and Gece, Bokanté & Metropole Orkest Conducted By Jules Buckley’s What Heat, Nathalie Joachim and Spektral Quartet‘s for Fanm D’Ayiti, nor Angelique Kidjo for Celia.

Known for interpolating and adding twists to amazing songs from greats like Mirian Makeba, Bob Marley and Sam Cooke, Kidjo piqued her Grammy-winning album on the work of Celia Cruz. Her risk paid off, her ambition was endorsed and her amazing performance on the night was crowned in the best way possible – the legend won her fourth Grammy Award.

Ironically, she also featured on Burna Boy’s album, African Giant and even dedicated her win to Burna Boy much to the adulation of the audience. But since the win was announced last night, Nigerian music lovers have let their anger spill into a spiral, conspiracy theories of anti-Burna Boy white America and downright cynicism towards Angelique Kidjo.

This is made more hilarious by the fact that most Nigerians who have been criticizing the Recording Academy and Angelique Kidjo’s musicianship or artistry have not cared to listen to the other albums in the category. To them, whatever they like and listen to can not be bested by anything else – thus, the other albums in that category don’t matter. Oops, life doesn’t revolve around you, my people.

As much as we all wanted Burna Boy to win because he’s one of us duh… all the albums in that category are top quality, critically-acclaimed projects. So, here are three reasons why Angelique Kidjo deserves her fourth Grammy win;

‘Celia’ is a top quality album

When the album was released in 2019, Guardian UK wrote a review for it. In the review, Robin Denselow who called the album “an inventive reinterpretation” wrote that,”Kidjo’s singing is powerful and assured throughout, from the upbeat revamp of Bemba Colorá to the brooding, chanting echoes of Santería, the Afro-Cuban religion, on Elegua and Yemaya, a tribute to the orisha (spirit) of motherhood and ruler of the seas, now set to an African juju beat. Magnificent.”

As noted earlier, Angelique Kidjo channeled late Cuban, Celia Cruz. Due to the fact that she was Cuban, Celia Cruz’s music had heavy African influences in folk sound and lingo. Cuba is known as one of the settlements of Yoruba slaves after the slave trade. As such, some of the indigenous languages in Cuba have heavy Yoruba influences.

Also known as Lucumi, Santeria is a derivative of Yoruba’s Ifa divination. On the album, Kidjo reinvented Cruz’s dedication to Eledumare, Orisha, and Yemoja – Yoruba’s overall god, divinity and goddess of the sea respectively. This was done on the songs, ‘Baila Yemaja’ and ‘Elegua.’ When you listen closely, you would hear certain Yoruba influences in it.

On the quality side, the album is an eclectic selection of salsa tunes cut from different tempos and beats per minute. If you want, the album could soundtrack your ballroom dance sessions, be your companion on a run or help you chill in a room with something elevating coursing through your veins. Production on the Celia is meticulous, immense and memorable.

While African Giant by Burna Boy also has critical-acclaim with a blend of militant political chatter, love and party, the production of Celia is more elevating, eclectic and organic. That sentiment could also be due to Celia being based on a slightly more elevating genre like salsa. But when all is said and done, it’s unlikely that African Giant was even the second-best album by voting.

Gece by Altin Gunn is seriously impressive and so is Fanm D’Ayiti by Nathalie Joachim and Spektral Quartet.

On the more political side, Angelique is a darling of the Recording Academy that decides the winner. She’s a more familiar artist to them – her win for Celia is her fourth. Her first win was in 2008. As we’ve known over the years, the Academy has favourites that they usually and deservedly hand Grammy Awards to. This is usually because these favourites consistently deliver quality albums.

In the World Music category, she is a force to reckon with and a favourite of the Academy. When it came down to it, she even performed on the night. She has the endorsement of White America for legacy music by Celia Cruz – Burna Boy does not have these things yet. However, the future looks really bright for the Nigerian superstar.

In similar fashion, she also made Celia in Spanish – a more familiar tongue in the Americas. For a lot of African Giant, Burna Boy dished in pidgin – an English-based creole. While Burna Boy had more streams for African Giant, he is a newbie to the legendary Angelique Kidjo.

That familiarity expressed under the previous heading makes Kidjo’s music more digestible to members of the academy and the American people: When it comes down to it, Burna Boy did well to get a nod, but he never really had a chance.

Purely based off opinion, one reason this writer felt Burna Boy might have had a chance was purely off extra-musical factors that relate to American music capitalism. Afrobeats remains very niche to the American people. It also remains the only major genre outside America that has not had mainstream success in America.

In recent times, Latin pop has made a resounding comeback to the American mainstream. It is danceable like afrobeats and American music capitalism feels afrobeats could have similar success.

Thus major labels continue to invest heavily in afrobeats. Coupled with how Burna Boy had an incredible album in African Giant, a Grammy would have gone a long way in endorsing afrobeats to mainstream (white) American audiences.

As such, it would become more profitable from a business standpoint. Asides that, the Academy has also been rewarding new acts over the past three years – on the night, Koffee and Rosalia won a Grammy. For these reasons, I was optimistic that Burna Boy might have won based off extra-musical factors.

In the end, Burna Boy has done exceptionally well. It looks more likely that he would be back with another nod than not. Purely off my opinion, his sound and style feel like something the Academy will gravitate towards over time. Damini, be proud. You did amazing – you pushed contemporary afropop further than anybody before you.

Police confirm abduction of CAN Chairman in Nasarawa State

KWARA BASED POET ARRESTED OVER POEM TARGETED AT MINISTER,LAI MOHAMMED